Are fireworks worth the risk this 4th of July?

As we approach the 4th of July weekend, there may be more sparks flying than those you typically see in the sky. The number of people that set off fireworks in their backyards is rapidly increasing and can result in severe injuries or can cause millions of dollars worth of damage.

The National Fire Protection Association states that in 2013, fireworks were responsible for about 22,500 fires resulting in over $32 million in property damage. More than half of these fires were a result of people setting off fireworks from their own backyard.

The most recent study by The Consumer Products Safety Commission found that fireworks caused an estimated 1,800 structural fires, 700 vehicle fires, and sent over 10,800 people to the emergency room with minor to serious injuries.

Many homeowners are not aware that they may not be covered if fireworks damage their home. This is especially true for states that have restrictions on fireworks. For those that live in a state where fireworks are banned (Delaware, Massachusetts and New Jersey), damage caused by fireworks most likely won’t be covered since policies do not cover damage resulting from illegal acts. 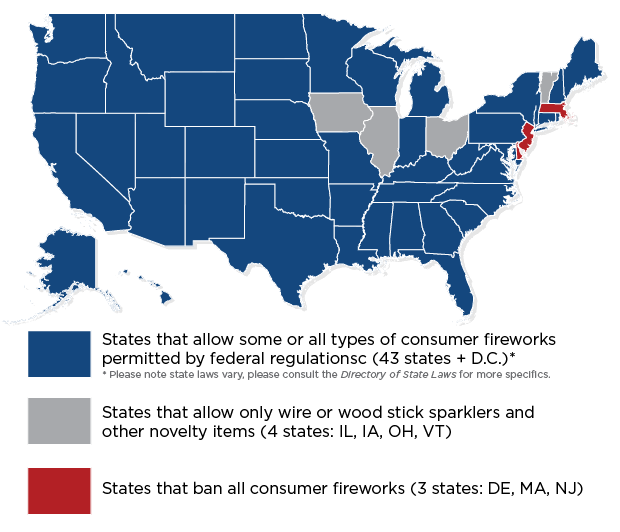 In states that do allow fireworks, even fireworks that are considered “safe” such as sparklers, are still far from harmless. Sparklers can burn up to 2,000 degrees, which is hot enough to melt gold and can cause serious burns and other injuries.

According to The American Pyrotechnics Association, sales of sparklers, cones, fountains and other consumer fireworks exceeded $725 million in 2015, which was a record high for the consumer fireworks category. To put this in perspective, that is twice the amount ($335 million) that was spent on professional firework displays in 2015. And that number is not expected to slow down as the sales of fireworks continue to increase year after year.

To find out what restrictions your state has on fireworks, and for basic safety tips, please visit the American Pyrotechnics Association to find out more information. Please protect yourself, your children, and your property this upcoming 4th of July by staying safe and leaving the fireworks displays to the professionals. 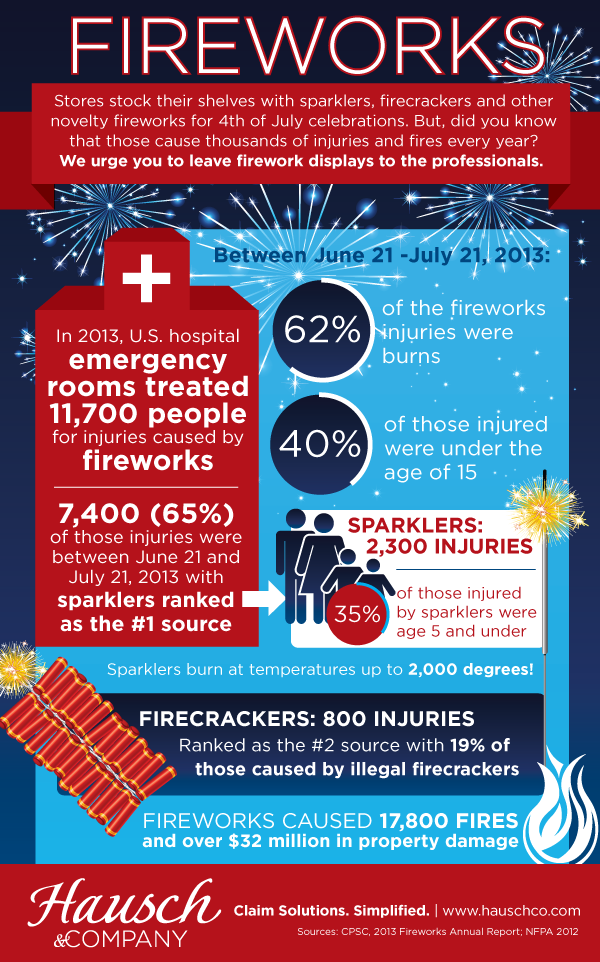 The information provided in this article is for informational purposes only. Hausch & Company is committed to providing the most accurate data but we do not warrant the reliability of the data, and we assume no liability in connection with any of the information included.